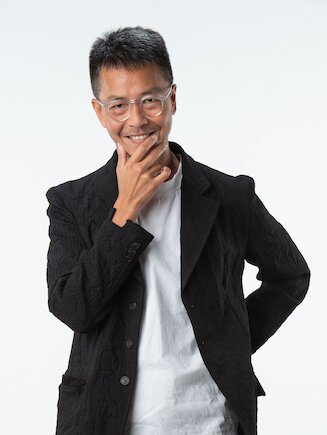 Since joining the HKBU Department of Humanities and Creative Writing in 2011, Prof Chow Yiu-fai has proven himself to be an excellent scholar-practitioner, crossing boundaries between traditional and creative outputs that truly espouse Faculty of Arts research ideals.

Prof Chow performs at the highest level in the fields of gender and sexuality studies, creativity studies, and cultural studies alike. His achievements are evidenced in multiple ways: via the quantity of his publications, the range of types of outputs (journal articles, special issues, edited volumes, books), the quality of the venues where he is able to publish (top-tier international journals and publishing houses), and the extent of his prolific grant capture. In the past decade at HKBU, Prof Chow has obtained two RGC grants, an ECS and the other a GRF, while his growing academic network and international reputation for quality research has resulted in Prof Chow joining two major international research projects. One of these projects is EU-funded, while the other is funded by the US-based Mellon Foundation.

Prof Chow has, in turn, received considerable recognition as an expert in his field. His engagement with communities beyond academe has been exemplary, providing imaginative examples of how arts and humanities researchers can impact society at large. Before becoming an academic, Prof Chow pursued work as an active and well-respected creative practitioner, winning many literary awards and attracting an impressive number of readers. Of particular relevance, given the emphasis at the University on the Creative Media and Practice research cluster, is the way in which Prof Chow has brought his two careers together. Prof Chow, we note, is fully engaged with the more standard academic practices, but he has also managed to contribute to a much wider public sphere, with his talents, reputation, and achievements being of clear interest to (semi-) governmental advisory bodies, creative communities, and organisers of pop concerts and art exhibitions. He is well-known as a song lyricist, with more than 1,000 lyrical works performed by a variety of pop artists in Hong Kong, Taiwan and mainland China. His collaborations with the pop duo Tatming and with M+ only begin to illustrate the impressive ways in which Prof Chow pushes the frontiers of scholarly work and opens up spaces for intervention and real change.

Prof Chow’s current research interests concern gender and creative practices. His GRF-funded project (2018-19) studies single women and ageing in the Chinese context, with case studies on cosmetic surgery, love and relationships, as well as retirement arrangements. It builds on his previous EU-funded project on single women and creative work in Shanghai. His collaboration with Prof Gladys Chong (HKBU) and Professor Giselinde Kuipers (Catholic University of Leuven) investigates (facial) beauty in translocal contexts.  At the same time, Prof Chow is preparing a book manuscript on popular music in Hong Kong and he is also working on a number of journal articles and book chapters exploring the practices and politics of creativity.