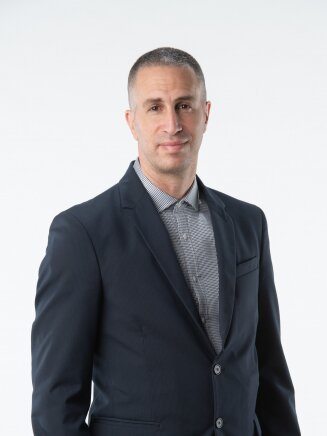 With his specialty in the Chinese writing system and scribal culture and semiotics, Dr Adam Schwartz embodies the research ethos of the HKBU Faculty of Arts in its dedication to understanding and preserving vital elements of Chinese cultural heritage. Dr Schwartz (PhD, University of Chicago, 2013) has held a joint appointment as Assistant Professor in the Department of Chinese Language and Literature and the Jao Tsung-I Academy of Sinology since 2017, and he has served as Associate Director of the Jao Tsung-I Academy of Sinology since 2018.

His first book, The Oracle Bone Inscriptions from Huayuanzhuang East, Translated with an Introduction and Commentary, was published in late 2019 by De Gruyter Mouton (Berlin) in the series Library of Sinology. The Huayuanzhuang East oracle bone inscriptions (殷墟花園莊東地甲骨) form a corpus of more than 2,500 individual divination accounts, which were engraved on hundreds of still intact turtle shells and bovine scapulae in the late Shang dynasty (c. 1200 B.C.). The book offers the first complete English annotation of these fantastic epigraphic texts and introduces the reader to key aspects of personal and family life in early Chinese civilization.

Dr Schwartz has demonstrated both depth and versatility in communicating the purpose, meaning and impact of his research in the areas of oracle bone inscriptions, bronze inscriptions, bamboo manuscripts, and the Yijing to the academic community and wider public alike. He has also managed to show the societal context of achievements and the field of research by proactively collaborating with highly acclaimed institutions such as The Queen’s College, Oxford, and the Center for Research on Excavated Texts and Paleography, Fudan University (Shanghai). He has established links with leading institutions in the discipline and also enhanced the University's visibility in the international academic community.

Dr Schwartz’s forthcoming book and journal article projects, which are currently in progress on a major GRF-ECS research grant (2019-2022), will further foster scholarly exchange among all people interested in the traditional culture of China and knowledge of the ancient world. Output for the GRF project will appear shortly in the Bulletin of the Jao Tsung-I Academy of Sinology 7 (2020) and Jiaguwen yu Yin-Shang shi 甲骨文與殷商史10 (2020). He is also at work on two book projects. Book one – sponsored and funded by the Center for Research on Excavated Texts and Preservation, Qinghua University (Beijing) and under contract with the Chinese University of Hong Kong press – is a study and annotated translation of a Warring States period study guide for hexagram divination. Meanwhile, book two – which is being jointly written with Professor Dirk Meyer from The Queen’s College, Oxford as part of a five-year cooperation – is on a recently discovered Warring States period version of a portion of the Shijing (Book of Songs). It will be published in the book series Library of Sinology (De Gruyter Mouton).