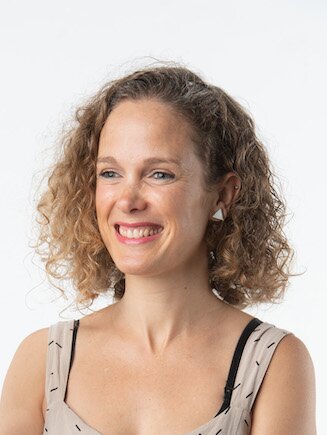 Dr Maialen Marin-Lacarta is an outstanding young scholar who has shown exceptional promise since joining the HKBU Department of Translation, Interpreting and Intercultural Studies in 2014. Her research interests fall into three broad areas: translation history, literary reception, and translators’ practice and identity. She is particularly focused on power relations between different literary systems and the complex position of modern and contemporary Chinese and Sinophone literatures in the global context. By decentralising theoretical reflections on literary circulation, her research attempts to show the multiplicity of transnational power networks. In this context, she has investigated the reception of twentieth-century Chinese literature in Spain and the influence of English and French translations in the receptive process.

A fluent speaker of multiple languages, Dr Marin-Lacarta has built an impressive portfolio of publications in English, Chinese, French, Spanish, and Basque, a reach that makes her unique among scholars in the region. Since 2017 alone, she has seen publication or acceptance in a number of top-tier journals, including Meta, Perspectives, and The Translator, as well as an article in Translation Studies, which was selected for reprint in an edited volume by Routledge titled Indirect Translation: Theoretical, Methodological and Terminological Issues. Her encyclopedia entry on research methods has been carried by the same publisher in the third edition of the discipline-leading reference work, the Routledge Encyclopedia of Translation Studies.

Dr Marin-Lacarta’s work focuses on Chinese-Spanish literary translation and incorporates interests in leading Mainland writers, such as Yan Lianke, with Hong Kong literary figures. She addresses such issues as the interaction of translators and other agents in digital publishing of translations, the reception of Chinese translations by European audiences, and sociological methodologies in the study of translation. Her work thus illuminates a rich research area of strong relevance both locally and internationally that has received little previous scholarly attention. Beyond critical scholarship alone, Dr Marin-Lacarta is herself an award-winning translator who regularly publishes both Basque and Spanish translations of works in Chinese (including five novels).

Dr Marin-Lacarta’s prolific output has been facilitated by an excellent record in grant capture. She has already been awarded, as Principal Investigator, a GRF grant (2015) and an ECS grant (2017). She has also been the recipient, as Principal Investigator, of two HKBU Faculty Research Grants (one FRG Cat. I, and one Cat. II), and she is Co-Investigator of a Teaching Development Grant project. These successes build on previous success in obtaining highly competitive grants from the Spanish and French governments before joining the HKBU Faculty of Arts.

Dr Marin-Lacarta continues to develop her research interest in the various facets of interaction among Chinese and Sinophone literatures by positioning local works within the global literary system. Her most recent project investigates representations of Hong Kong and its literature in English and French anthologies of translated literature, in which she studies the agency of translators and anthologisers in shaping images of Hong Kong and its globally circulated literary forms.