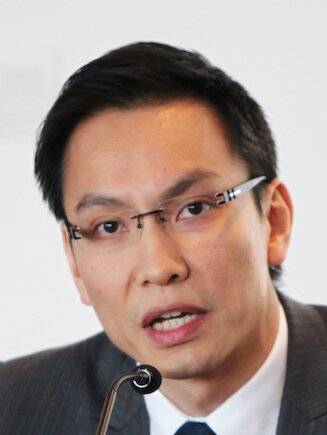 Dr Martin Chung is a political scientist and historian of conflict and peace in contemporary Europe and East Asia. His research interests revolve around the successes and failures of political reconciliation in different historical and relational contexts including World War II and Franco-German relations; the Holocaust and German-Jewish relations; the Rape of Nanking and Sino-Japanese relations; as well as the Troubles in Northern Ireland and Catholic-Protestant relations.

Dr Chung’s works are interdisciplinary and often comparative, researching at the intersections of politics and religion, collective memory and identity, public apologies and transitional justice. His first monograph, Repentance for the Holocaust: Lessons from Jewish Thought for Confronting the German Past (Cornell University Press, 2017), explores the role of the Jewish idea of tshuvah (repentance) in German Vergangenheitsbewältigung (coming to terms with the past). In Reconciling with the Past: Resources and Obstacles in a Global Perspective (co-edited with Annika Frieberg, Routledge paperback, 2018), he analyses the conceptions of apology and confession in Chinese and European contexts and the problem of their political application at present. Borrowing from the German experience of dealing with the past, he has also written on the obstacles to and resources for Chinese “coming to terms with the past”.

Dr Chung has conducted research at Friedrich-Ebert-Stiftung (Bonn), Institut für Theologie und Frieden (Hamburg) and Fritz Bauer Institut at Goethe-Universität Frankfurt. He has further received training at Yad Vashem’s International School for Holocaust Studies (Jerusalem) and Mindanao Peacebuilding Institute (Davao). At present, he is a Visiting Research Fellow of the School of History, Anthropology, Philosophy and Politics at Queen’s University Belfast in the United Kingdom, working for his project “The Politics of Antagonism Revisited: Assessing Northern Ireland’s Good Friday Agreement (1998-2018)”, a three-year research project (2019-2021) funded by the Early Career Scheme of the Research Grants Council (project no.: 22612318).