Professor
Department of Religion and Philosophy 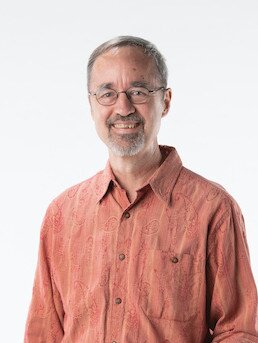 Professor Stephen Palmquist has established himself as one of the leading scholars of the great Enlightenment thinker Immanuel Kant (1724-1804) since joining the HKBU Department of Religion and Philosophy in 1987. Distinguishing himself for both depth and versatility, Professor Palmquist has published on all the main areas of Kant scholarship. His earlier research focused on creating a new, “perspectival” interpretation of Kant’s entire philosophical system that takes seriously the emphasis on reason’s “architectonic” form. Over the past two decades, Professor Palmquist has earned a world-renowned reputation, mainly for proposing, defending, and persuading other scholars to defend his “affirmative” interpretation of Kant’s theory of religion. Currently, he is further extending his influence with scholarship that demonstrates how Kant’s philosophy served in many ways as a precursor to the post-Kantian revolutions in geometry, physics, and other sciences.

Professor Palmquist is also one of the most prodigious scholars in the HKBU Faculty of Arts, with over 200 publications, dating from 1984 to the present. Most notable are his 12 books and over 110 refereed articles and book chapters, generating over 1,700 citations within scholarly literature. Through the course of his output, he earned distinction for his concept of “synthetic logic”, which refers to the form of meaningful linguistic expression that intentionally contradicts the traditional laws of classical (Aristotelian) logic. He has applied this new theory in various Kant-related works as well as in publications on other topics and in his teaching. During the past decade, Professor Palmquist has also crossed cultural boundaries, publishing a series of six articles that use the Chinese classic, the Yijing (Book of Changes) as a map to summarise and unify 64 of Kant’s main theories concerning philosophy, theology, law, and medicine.

His scholarship has been supported by 33 grants, including four from the Hong Kong Research Grants Council (RGC – three GRFs and one CERG in the 1990s), totalling well over HK$2,100,000 in research funding. This has led to a wide array of ongoing research, including four book projects that are each at a different stage of completion. Of these, the first is a major monograph under contract with Routledge, to be entitled Kant’s Critical Science: Precursor to Modern Revolutions? The second project is a GRF-supported commentary on Kant’s much-neglected book, Prolegomena to Any Future Metaphysics That Will Be Able to Emerge as a Science, which will also focus mainly on Kant’s theory of science.

Professor Palmquist has also long been active in knowledge transfer initiatives relating to his expertise, which have had an impact on the wider community. Most notably, his “Kant on the Web” is an award-winning website that Professor Palmquist constructed in 1995 to disseminate a wide range of internet resources on Kant. To this day, it is widely regarded as one of the best collections of Kant-related research and other information on the internet. Locally, Professor Palmquist founded the Hong Kong Philosophy Café, a community organisation of over 800 members that has sponsored open discussions of a wide range of philosophical topics since 1999. He also founded the Hong Kong Kant Society in 2015, which has already co-organised a major conference, several workshops, and panels at regular annual meetings of the American Philosophical Association.