Professor Gary Wong Ka-Leung, Head of Department and the Dr Mok Man Hung Endowed Professor of Chemistry, has been a familiar sight on the news recently. Professor Wong, whose current research interests include Bioinorganic Chemistry, Luminescent Materials, Lanthanide Chemistry and Spectroscopy, is a member of two separate teams which have made significant discoveries related to cancer.

Currently, prostate cancer is detected via one of two avenues: a digital rectal examination (DRE), whereby a healthcare professional physically feels for possible cancerous tumours, and the Serum Prostate-specific Antigen (PSA) test, which tests for the presence of PSA levels in the blood, higher levels of which are often related to prostate cancer.

Professor Wong has collaborated with Professor Ng Chi-fai and Dr Peter Chiu of the Chinese University of Hong Kong to create a new test to supplement the PSA test. They discovered that prostate cancer patients generally have lower levels of spermine, a biogenic molecule found in urine. As such, the team created a test which assesses urine for spermine with an associated Spermine Risk Score. This test will soon be commercialised. By combining the clinicopathologic characteristics of patients, this non-invasive and convenient test helps to avoid 40% unnecessary prostate biopsies and will undoubtedly improve the opportunity for timely treatment and aid prostate cancer diagnoses for years to come.

This discovery targeting late-stage EBV-related cancers is something I’m very proud of. I hope in future to continue making discoveries which positively impact the health of the general population.

Epstein-Barr Virus (EBV), a common virus which has infected more than 90% of humans, plays a key role in several cancers such as nasopharyngeal carcinoma (NPC), which is highly prevalent in Hong Kong and southern China. Recently, a team led by Professor Wong developed a next-generation drug treatment for EBV-related cancers.

The peptide-linked drug created by the team is the first known drug to have successfully targeted two proteins produced by EBV. The peptide targets the proteins Latent membrane protein 1 (LMP1) and Epstein–Barr nuclear antigen 1 (EBNA1). Both proteins, when allowed to combine, can multiply and eventually lead to tumours, which the drug will aid in preventing. This research has recently been published in the high-impact journal PNAS. “This discovery targeting late-stage EBV-related cancers is something I’m very proud of,” Professor Wong said. “I hope in future to continue making discoveries which positively impact the health of the general population.”

The University sends its heartfelt congratulations to Professor Wong for these and other recent achievements, and looks forward to his achievements in the years to come. 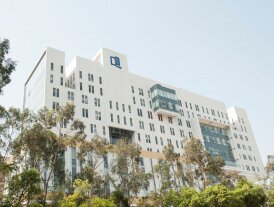 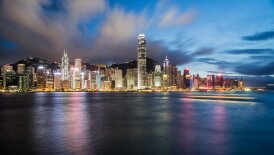