Biologists from HKBU have discovered in Hong Kong waters a new species of hard coral and two new species of nudibranch, a type of marine mollusc, that have never been identified anywhere else in the world. The discoveries of new species from these commonly seen animal groups are a vivid reflection of Hong Kong’s rich marine biodiversity.

The new marine species were identified by research teams led by Professor Qiu Jianwen, Professor of HKBU’s Department of Biology. The descriptions of the new coral and nudibranch species were published in the academic journals Zootaxa and Zoological Studies, respectively.

The new coral species belongs to the genus Tubastraea, which is commonly known as sun coral due to its bright orange polyps (individuals making up the colony) and the circle of tentacles that surround its mouth. HKBU biologists discovered the new species while conducting underwater surveys at the Breaker Reef in the eastern waters of Hong Kong in the summer of 2020. The team named the coral Tubastraea megacorallita, with “mega” and “corallite” meaning “big” and “skeletal cup”, respectively.

Several Phestilla goniophaga nudibranch and their coiled egg ribbons on a colony of the flowerpot coral. (Photo credit: Hu Juntong) 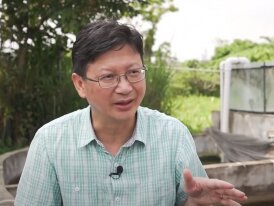 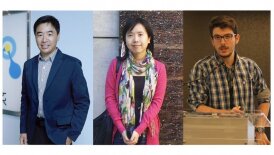