Researchers from the School of Chinese Medicine (SCM) at Hong Kong Baptist University (HKBU) have developed a Chinese medicine formula named NeuroDefend that offers a potential novel treatment for Alzheimer's disease (AD). Mouse model experiment results showed that the formula reduces the levels of amyloid-beta (Aβ) and insoluble hyperphosphorylated-tau protein, which are the major hallmarks of AD, in mice brains. It also improves cognitive function and memory in mice.

The research discovery was published in the Journal of Food and Drug Analysis, an international scientific journal. 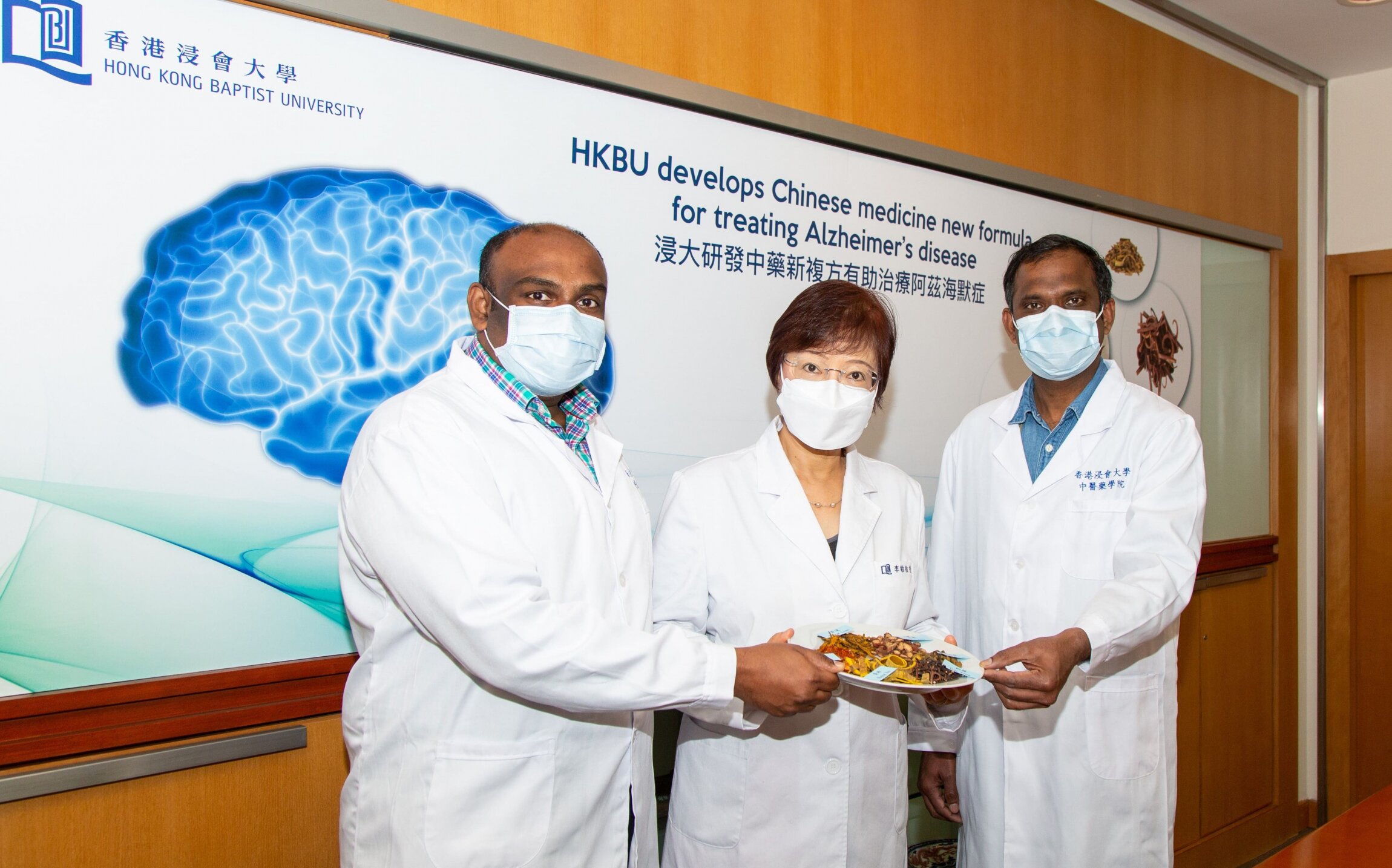 AD is a chronic neurodegenerative disease that constitutes 60 to 70% of dementia cases worldwide. It is characterised by the "senile plaques" that are formed by the abnormal accumulation of Aβ, and the neurofibrillary tangles associated with the abnormal accumulation of hyperphosphorylated tau-associated neurofibrillary tangles (NFTs) in the brain.

NeuroDefend was developed by a research team led by Professor Li Min, Professor of the Teaching and Research Division and Associate Dean of the School of Chinese Medicine at HKBU. The researchers found that Huang-Lian-Jie-Du-Tang (HLJDT), a traditional Chinese herbal formula comprised of Huang Lian, Huang Qin, Huang Bai and Zhi Zi that is used to treat cerebral ischemia, could significantly reduce Aβ levels in mouse models when Huang Qin was removed. They also found that Yan Hu Suo in Yuan-Hu Zhi Tong (YZT), a Chinese herbal formula used to treat pain and neuralgia, can regulate the aggregation of tau proteins. They therefore combined the modified HLJDT (HLJDT without Huang Qin) and Yan Hu Suo with two other herbal medicines, namely Dan Shen and Gou Teng, to optimise the formula for AD treatment.

Facilitated by data analysis and modelling techniques, the research team combined the six herbal medicines in different ratios to form 24 different formulas. Three of them were found to be effective in treating Alzheimer' s disease in a cell disease model. After conducting experiments on brain permeability and toxicity, the most promising formula was named NeuroDefend, and it was selected for further studies in pre-clinical mouse models to evaluate its efficacy as an AD treatment.

“Traditional Chinese medicine adopts a broad pharmacological approach to treating neurodegenerative diseases by deploying a combination of herbal medicines with different treatment effects. Selection of the six herbal ingredients and their ratios in NeuroDefend is based on the research conducted by our team over the years. NeuroDefend will contribute to the development of novel, effective traditional Chinese medicine for the treatment of AD in humans,”said Professor Li.

To evaluate the efficacy of NeuroDefend in improving cognitive behaviours and memory deficits, a water maze experiment was conducted. Mice were trained to swim to a platform and remember its position in a water pool. After the platform was removed, researchers observed whether the mice were able to recall and approach the original position of the platform. Compared to the control group, mice treated with NeuroDefend stayed 18 to 25 seconds longer probing for the platform's original position. This showed the efficacy of the formula in improving the memory and learning ability of the mice with AD.

In another experiment, mice were exposed to an audio tone followed by a two-second electric shock to their feet from the floor of the chamber. When they were put back into the chamber the next day without any electric shock, the mice were seen to “freeze” their body movements due to the fear of an electric shock. The freezing duration of the mice treated with NeuroDefend was 70 to 80 seconds longer than that of the control group. It demonstrated that the mice treated with NeuroDefend remembered the shock, reflecting the efficacy of the formula in improving their memory deficits.

A patent for the novel invention has been filed in the US and mainland China. 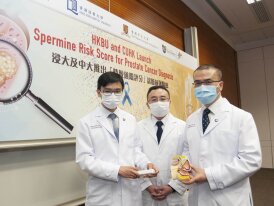 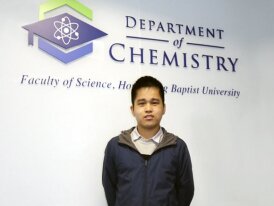