A collaborative project between Dr. Jessica Yeung (Department of Translation, Interpreting and Intercultural Studies) and the University Library, “The 70's Biweekly and People's Theatre” website has digitized a major part of the personal archives of Mr. Augustine Mok Chiu-yu (莫昭如先生) regarding the work of he and his friends, practitioners of The 1970's Syndicate and Asian People's Theatre (民眾戲劇).

The 70's Syndicate was a group of young Hong Kong social activists who were influential on the cultural, social and political activism scene in Hong Kong since the late 1960s. Although they aligned themselves ideologically with the left, there were internal differences in their adopted theoretical stances. They were best known for The 70's Biweekly journal (70年代雙週刊) which they published, but their methods of engaging in social action were in fact quite varied. Besides publishing journals, they also organised and participated in protests and film screenings, translated and published books, built international and local activist networks, and ran a bookshop. This project has archived some of these publications and other documents such as personal letters and notes, minutes of meetings, etc., in order to provide a comprehensive view of their activism.

After the syndicate disbanded in the late 1970s, Augustine Mok Chiu-yu continued his activism through the creative practice of theatre. Some members of The 70's Syndicate remained close collaborators with him, and Mok also engaged in new collaborations with practitioners of the Asian People's Theatre. His works are celebrated for their anti-colonial, anti-nationalist and internationalist vision of social justice and equality.

This archive is constructed to facilitate research on Hong Kong cultural activism from the 1970s onward. Some books published by The 70's Syndicate and their fraternal organisations are stored in the HKBU Library. These materials have formed the basis of the book Hong Kong's Third Way: Mok Chiu-yu's Anarchist People's Theatre (in Chinese), which is also available in the HKBU Library.

Visit the English version of the website here: https://digital.lib.hkbu.edu.hk/mok/home/languages/en/ 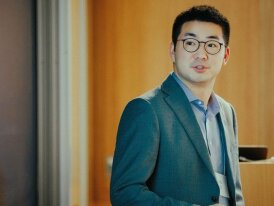 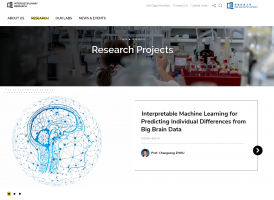