A research led by Dr. Ting Chen, Assistant Professor in the Department of Economics at the School of Business, shows China’s land transactions provide one answer to whether Xi Jinping’s anti-corruption campaign has been effective.

To quantify the corruption endemic to China’s primary land market, the study investigated mechanisms of cronyism and its role in land transactions. Using data on over a million land transactions between 2004 and 2016, in which local governments operated as the sole seller, the study found that “princeling” firms – firms linked to members of the Politburo, China’s supreme political elite – enjoyed a sizeable advantage in China’s land market. Overall, such firms received discounts from 55-60 per cent. In addition, the more powerful the princeling connection, the larger the discount – firms connected to a member of the Politburo Standing Committee obtained an additional discount of 17-20 per cent over discounts obtained by those connected to a Politburo member. Princeling firms also bought more land in their transactions – potentially due to the lower price they secured.

But there has been a significant positive change thanks to Xi’s anti-corruption campaign – our study showed that land transactions post-2012 have seen the magnitude of price discounts shrink by between 11 and 15 per cent. For instance, a princeling firm previously obtaining a discount of 60.1 per cent saw it significantly reduced, by 11.7 per cent after Xi’s campaign was introduced. This puts it much more in line with previous discounts circa 2007.

Another key finding indicated that in return for providing heavy discounts to princeling firms, provincial party secretaries were handsomely rewarded – they were 23 per cent more likely to be promoted to higher positions. The study’s sample of provincial party secretaries showed that 52 per cent were promoted to the Politburo at the end of their term in office. The likelihood of their promotion also increased with the size of the price discount and the quantity of land sold to the princeling firm. This is significant evidence of cronyism in action in exchange for cheap land deals.

Xi’s anti-corruption campaign has already yielded significant results that have been more successful than measures that preceded it. While these steps are undoubtedly marked improvements in the right direction, it remains to be seen if corruption can be fundamentally stamped out for good.

Some posit that this is only possible with a complete overhaul of China’s existing institutions, but whether this is true will require another level of investigation. In the meantime, it can be expected that China will continue to target corruption with bold measures that produce results, as Xi continues to consolidate power and elevate China’s position on the world stage. 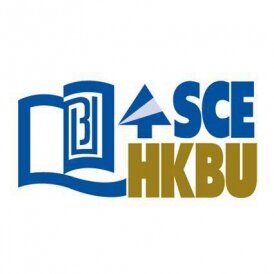 The School of Continuing Education received Research Grants from RGC 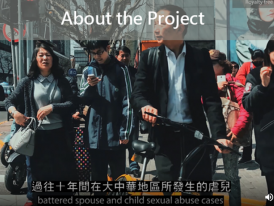 Venturing to the Unknown: Men’s Studies in Greater China