Dr Ting CHEN, Assistant Professor in the Department of Economics, has been awarded the Royal Economic Society (RES) Prize for the best paper published in the Economic Journal in the year 2020. The RES, founded in 1890 and given its royal charter in 1902, is a world-renowned economics society which publishes two major journals, the Economic Journal and the Econometrics Journal. Dr Chen’s paper is titled Long Live Keju! The Persistent Effects of China’s Civil Examination System.

In Imperial China, to achieve high bureaucratic office one had to take the Civil Service Examination (keju) and achieve the highest degree, jinshi, until keju was abolished in 1905. The exams were crucial to social mobility, and those who passed could become scholar-officials with lucrative government positions. As the highest positions in China were saved for those who performed well in the exams, learning was given a high priority, a “cultural trait” that has persisted to this day, according to Dr Chen. To investigate the impact of keju on today’s human capital outcomes, Dr Chen and her co-authors used the variation density of jinshi across 278 prefectures in the Ming and Qing Dynasties (c. 1368-1905) to show that in prefectures where jinshi results were doubled in a population of 10,000, this led to an 8.5% increase in years of schooling of in 2010. “In geographic areas which saw higher success rates in keju in Imperial times, today’s parents are also more eager to invest in their children’s education,” stated Dr Chen. “At the micro level, it is also interesting that family surnames with higher rates of jinshi see more household spending on education and higher expectations for scholastic achievement.”

However, jinshi density has many covariates, including a prefecture's economic prosperity both in the Ming-Qing period (population density, urbanisation rate and agricultural suitability) and today (using night-time lights in 2010 as proxy), and geography as well (terrain ruggedness and distance to coast). All of these could easily prove correlation, but to prove causation requires more analysis. Dr Chen and her co-authors thus used the instrumental variable (IV) approach. Pine trees and bamboo, the two key ingredients for creating ink and paper for printing respectively, were crucial in studying for keju. Textbooks and exam study materials, which contained interpretations of Confucian classics, were crucial for exam success, indeed as the proximity of the two materials would lower the costs of textbooks and make keju study more accessible for students. In addition, bamboo and pine are exogenously distributed (i.e. they weren’t grown outside their natural habitats for production purposes), thus they are good variables for this analysis as they weren’t affected by the material wealth of regions. As shown in the figure below, Dr Chen and her co-authors mapped bamboo and pine growth regions, regional printing centres, and major rivers used for trade in the aforementioned materials to conduct their analysis.

The RES prize was awarded due to the paper’s important contribution to the understanding of why education, rather than just material wealth, is considered important as a transfer to the next generation in some cultures. The fact that there is causal evidence that prefectures which performed well in keju are still performing better in education to this day is an extremely noteworthy finding. The paper thus provides a fascinating explanation for differences in educational attainment in China today.

Dr Chen’s research interests include economic history, political economy, and long-term economic development. She is well-known for utilising advanced data analytics with innovative econometric identification strategies to produce original research and discourse. “I wish to thank the Royal Economic Society for this honour,” Dr Chen said, “and I look forward to continuing my research in the innovative atmosphere of HKBU in the future.” 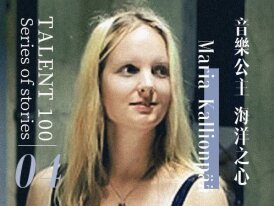 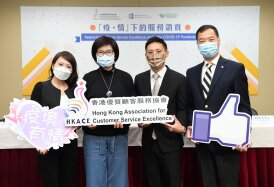