A Hong Kong Baptist University (HKBU) collaborative research study has revealed that certain gut microbial enzymes mediate the reactivation of triclosan (TCS) from its inactive glucuronide metabolite. TCS is an antimicrobial agent commonly used in a wide range of consumer products, and it is associated with the development of colitis.

The research results have been published in Nature Communications, an international scientific journal.

TCS is widely used as an antimicrobial agent in consumer products such as toothpaste, mouthwash, hand sanitisers, cosmetics and toys. It is a major environmental contaminant, and it has been shown that TCS exposure increases the risk of colitis.

Once TCS enters the human body, it is rapidly metabolised to form the biologically inactive metabolite TCS-glucuronide (TCS-G), which is easily eliminated from the body. Due to this characteristic, the mechanism of how environmental exposure to TCS leads to gut toxicity in the human body has previously remained unclear.

To answer this question, a research team co-led by Professor Cai Zongwei, Chair Professor of the Department of Chemistry and Director of the State Key Laboratory of Environmental and Biological Analysis at HKBU; Professor Matthew R Redinbo from the University of North Carolina at Chapel Hill; and Professor Zhang Guodong from the University of Massachusetts Amherst conducted a research study based on the hypothesis that certain gut microbial enzymes act on TCS-G in the gut, leading to the reactivation of TCS and the subsequent development of colitis.

To begin with, the research team sought to determine whether the gut has a different TCS metabolic profile compared to other body tissues. A group of mice were fed food that contained TCS. After four weeks, it was found that the biologically inactive TCS-G was dominant in their liver, bile, heart and small intestine, while the colitis-inducing TCS was dominant in the gut (cecum and colon). The results showed that the gut has a uniquely high concentration of TCS compared to other body tissues.

The research team then analysed the relationship between TCS-containing products and the concentration of TCS in the human body. In a group of human subjects who used TCS-containing personal care products for four months, both TCS and TCS-G were detected in their stool and urine samples, with TCS being dominant in stool and TCS-G being dominant in urine. However, TCS and TCS-G were not detected in the control group who used TCS-free personal care products. The results showed that the use of TCS-containing products leads to a high level of TCS, specifically in the human gut.

The question remains why the human gut has a uniquely high TCS concentration. To answer this, the research team put forth the hypothesis that gut microbiota participate in the conversion of TCS-G to TCS, leading to the accumulation of TCS in the gut.

To test this hypothesis, the researchers observed that in an in vitro setting, cultured gut bacteria from both mice and humans were able to catalyse the conversion of TCS-G to TCS. To investigate whether the same phenomenon appears in an in vivo setting, the research team found that the inhibition of gut bacteria from mice by applying an antibiotic treatment almost reduced the concentration of TCS in their guts by half, and it increased the concentration of TCS-G by six-fold. The results affirmed that gut microbiota play a significant role in the conversion of TCS-G to TCS in the gut.

To investigate the mechanism by which gut microbiota catalyse TCS-G conversion, the research team focused on the intestinal β-glucuronidase (GUS) enzymes produced by gut bacteria in both mice and humans, because they have been shown to catalyse a wide range of metabolite conversions. Using a series of screening techniques, two types of GUS, namely “Loop 1” and “flavin mononucleotide (FMN)-binding” GUSs, were found to be most effective at converting TCS-G to TCS in vitro.

Our research results clearly defined the mechanism by which gut microbiota are involved in the metabolism and toxicology of TCS, and the study offers a way to prevent the development of colitis following environmental exposure to chemicals.

The research team then applied a GUS inhibitor, a drug that inhibits the function of Loop 1 and FMN-binding GUSs, to TCS-exposed and TCS-free mice. It was found that the GUS inhibitor could curb the conversion of TCS-G to TCS by the GUS enzymes. Colitis in TCS-exposed mice was also relieved after the application of the GUS inhibitor. The results support the notion that specific microbial GUS enzymes drive the conversion of TCS-G to TCS, and as a result, the chance of developing colitis is increased.

Professor Cai said: “Our research results clearly defined the mechanism by which gut microbiota are involved in the metabolism and toxicology of TCS, and the study offers a way to prevent the development of colitis following environmental exposure to chemicals.

“Regulatory bodies should consider imposing more stringent controls on the use of TCS. Although the US Food and Drug Administration (FDA) banned the marketing of TCS in over-the-counter antiseptic products in 2016, the chemical remains approved for use in a wide range of products. Transparency on TCS ingredients in product labelling and illustrations should also be improved so that consumers can be aware of the potential risks and make informed choices.” 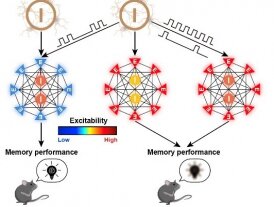 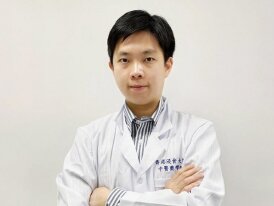 From Biochemistry to Chinese medicine