Microplastics (MPs) are found everywhere in our surroundings, from the air we breathe to the food we eat. Of particular concern is that MPs have strong propensity to accumulate different contaminants and pathogenic microbe in natural environments, which will promote the transfer of harmful substances to ingesting biota and the connected food chain.

A research team led by Prof. Kelvin S.Y. Leung, Professor of the Department of Chemistry at Hong Kong Baptist University, carried out several studies to explore the potential changes in the role of MPs in pollutant transfer under more environmentally realistic conditions. The team first compared the uptake of different organic UV filters by MPs in single chemicals and a cocktail of chemicals. The results illustrated that the uptake of a specific UV filter by MPs in chemical mixtures was significantly higher than that of single chemicals alone. The team inferred that complexes of UV filters were formed on the surface of MP particles via multilayer sorption.

Prof. Leung said, “In most of the literature, the uptake capacity of MPs for a micropollutant in mixtures is expected to be lower than in single chemicals due to overlapping of sorption sites. Our studies firstly evidenced the formation of diverse complexes from multiple contaminants on the MPs, which highlighted the complexity of their behavior in natural environments.”

MPs are subjected to various types of natural attenuation processes after being released into the environment, thereby affecting the interactions of MPs with other environmental chemicals. To have a realistic, accurate understanding of how MPs are affecting the natural environment, the team simulated the processes of natural attenuation (UV irradiation, microbial degradation, and their combination) to obtain more environmentally representative particles for subsequent investigations. Additional experiments found that weathered MP particles were able to interact with many other types of contaminants that have no interactions with the original MPs.

Our studies firstly evidenced the formation of diverse complexes from multiple contaminants on the MPs, which highlighted the complexity of their behavior in natural environments.

Prof. Leung said, “Given the great mobility of MPs in the environment, it is worth noting that a wide variety of chemicals can be sorbed and concentrated by MPs across the different aquatic systems, resulting in the formation of diverse complexes on these particles.”

The team also discovered that MP-sorbed contaminants were more bioavailable in chemical mixtures than in single chemicals. More worryingly, the complexes of contaminants on MPs induced more deleterious effects on algal growth as compared to their individual constituents.

Prof. Leung said, “Our research findings show that MPs serve as platform for facile formation of diverse complexes among various contaminants. Such complex formation poses potentially adverse ecological risks to biota and human health by altering the bioavailability and toxicity of MP-sorbed contaminants. This is of particular importance as natural environments are highly heterogeneous systems composed of complex mixtures of chemicals.”

The research findings were published in the high-impact scientific journal Water Research.

How diverse complexes of environmental contaminants are formed on the surface of MPs. (Example in figure: Heavy Metal and Engineered Nanoparticles) 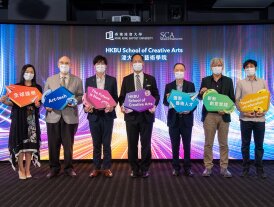 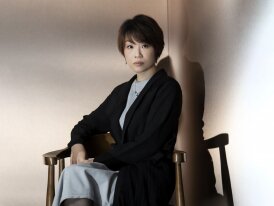