Professor Kenneth Paul Tan, a recent hire of the School of Communication via the Hong Kong Baptist University’s Talent 100 initiative, has interdisciplinary expertise in multiple fields. He applies Political Science, Public Management, Policy Studies, Sociology, Urban Studies, Cultural Studies, and Film & Media Studies in multi-dimensional, interpretive, and critical analyses. Arriving in February 2021, Professor Tan teaches and conducts research within and across the Academy of Film, the Department of Journalism, and the Department of Government and International Studies.

Professor Tan began his teaching and research career at the National University of Singapore (NUS) after attaining his PhD in Social and Political Sciences at the University of Cambridge. For more than two decades at NUS, he worked within the Department of Political Science, the University Scholars Programme, and later the Lee Kuan Yew School of Public Policy (where he served as Vice Dean for Academic Affairs). Professor Tan is an award-winning educator. Honoured with NUS’ prestigious Outstanding Educator Award, he also served as the elected Chair of NUS’ Teaching Academy. He is recognised for his interactive, experiential, and socially transformative teaching and learning style.

Professor Tan has extensive interdisciplinary research experience within his native Singapore. The two cities of Hong Kong and Singapore are perhaps too oft-compared, according to Professor Tan, but with recent developments in both cities surrounding democratisation, authoritarianism, state capacity, and crises of many kinds, interesting comparative research opportunities are re-emerging.

Professor Tan uses the metaphors of implosion and explosion to make sense of the two cities’ possible futures. A cautionary hypothesis of his is that Singapore has reached its peak and is struggling to reach the “next level,” and some of his research explores how to prevent possible decay from occurring, thus averting Singapore from imploding. On the other hand, Hong Kong’s recent political turbulence accompanied by populism and polarisation is better characterised as a catalyst for possible explosion.

When I looked into the University’s courses, research, and public events, I noticed how many vitally interesting and cross-cutting questions scholars are working on which draw authentically on real-world concerns.

As a practitioner with experience rooted in interdisciplinary teaching and research, Professor Tan is thrilled to join the HKBU community. “When I looked into the University’s courses, research, and public events, I noticed how many vitally interesting and cross-cutting questions scholars are working on which draw authentically on real-world concerns,” said Professor Tan. He added that the University’s view of impact is more holistic than many leading international universities, and that he is excited about the University’s unique identity, heritage, and its eye on global excellence.

On the subject of future projects, Professor Tan declared: “A project I would love to conduct at HKBU is to try to see how deeply-polarised Hong Kong might be healed socially with more creative engagements, creative arts, and media in general. These engagements could bring about social healing and a setting for difficult conversations to be carried out, thus working to reconcile extreme differences within the community as a whole.”

HKBU is extremely excited to bring Professor Tan’s research and teaching excellence on board to further the University’s placement as a world-renowned research-led liberal arts university. 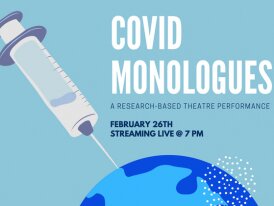 Impactful research on social media featured in a theatrical performance 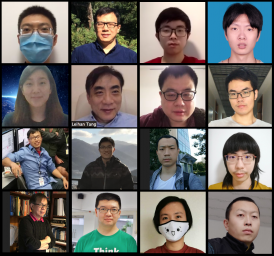