The HKBU Jao Tsung-I Academy of Sinology (JAS) is dedicated to the communication between the academic communities between the East and the West and facilitation of innovative development of Sinology. JAS has just formed a partnership with the Institute of Oriental Studies, Russian Academy of Sciences (IOS), and devised a five-year plan together. This collaboration aims to forge a stronger bond between the two institutions, and by extension the two sinological communities, in terms of teaching and research while developing exchange and cooperation opportunities in these areas.

Established in 1818, IOS is the largest research institution of its kind in Russia, enjoying two centuries of success and growing as a state-funded institution. In 2007, the Saint Petersburg Branch was reorganised into a separate Institute of Oriental Manuscripts, while IOS remains in the original location in Moscow. IOS has so far completed and published a Russian translation of the Classic of Poetry, the Classic of Changes, the Tao Te Ching, and the Great Ming Legal Code. JAS’s partnership with IOS is going to grow from strength to strength and set a new milestone for the research portfolio and international network of JAS.

Beginning in October this year, JAS and IOS, together with BNU-HKBU United International College (UIC), will co-organise an online seminar series titled “New Perspectives on the Old World.” Speakers from the three institutes will take turns as keynote speakers and give online lectures. Through this initiative, JAS will leverage the competitive advantages of the three distinct sinological communities and engage in a series of high-end, cutting-edge discussions in key academic issues in Sinology. 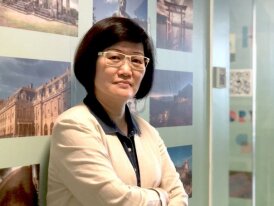 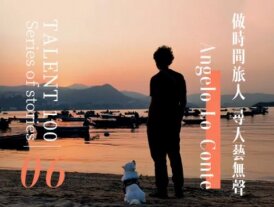