A research led by Dr. Allen Cheung of the Department of Biology at the Hong Kong Baptist University (HKBU) in collaboration with the University of Hong Kong (HKU) and the Third People’s Hospital of Shenzhen has unveiled the importance of detecting human cytomegalovirus (HCMV) in urine for prevention of end-organ diseases (EODs) in patients with stage 2/3 human immunodeficiency virus type 1 (HIV-1) infection. The study showed that treatment for HCMV could reduce the incidence rates of lung and cardiovascular EODs in the stage 2/3 patients and suggested its detection to be implemented as a routine test.

The relationship between HCMV and HIV-1

In China, 50-80% of the population is infected by HCMV, where they remain dormant with no symptoms. In advanced HIV-1 infection where the immune system has broken down, HCMV becomes one of the major opportunistic infections that cause life-threatening EODs. However, little is known on the role of HCMV in the earlier stages of HIV-1 infection. The research team therefore collected and analysed 11.5 years of data from approximately 135,000 HIV-1 patients to investigate the relationship between HCMV-DNA detection and EODs in patients with stage 2/3 HIV-1 infection.

The research team used a statistical model to analyze and compare the HCMV levels in blood and urine of 12,515 early-stage HIV patients and found that HCMV was more likely to be detected in urine than in blood. They compared the data of HCMV-negative and -positive results in blood and urine tests, and found a greater association of urine positive detection of HCMV with cardiovascular and lung EODs compared to blood test.

The research team further analysed 54 early HIV-1 infected patients who had longitudinal hospitalisation records in the 11.5-year period to assess whether anti-HCMV treatment can reduce the onset of EODs. The results showed that patients who were given anti-HCMV treatment had a lower incidence of lung and cardiovascular diseases than those who were given no or partial treatment. The study proved that continuous suppression of HCMV can effectively reduce the risk of lung and cardiovascular diseases.

Revision of the HCMV-HIV treatment protocol

The study demonstrated the importance of HCMV detection in early HIV-1 treatment, and suggested that routine HCMV detection by urine test should be conducted together with early anti-HCMV treatment for HIV-1 patients to prevent cardiovascular and lung EODs development.

Statistical analysis of the incidence of EODs in stage-2/3 HIV-1 patients categorized by HCMV-DNA detection in blood and urine.

HCMV (green) can be detected in cells from HIV-1 infected patients. 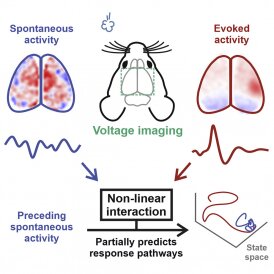 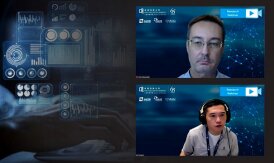