Law, Justice, and Empire in Comparative Perspective Series: “Law and Morality in Early China and the Roman Empire” 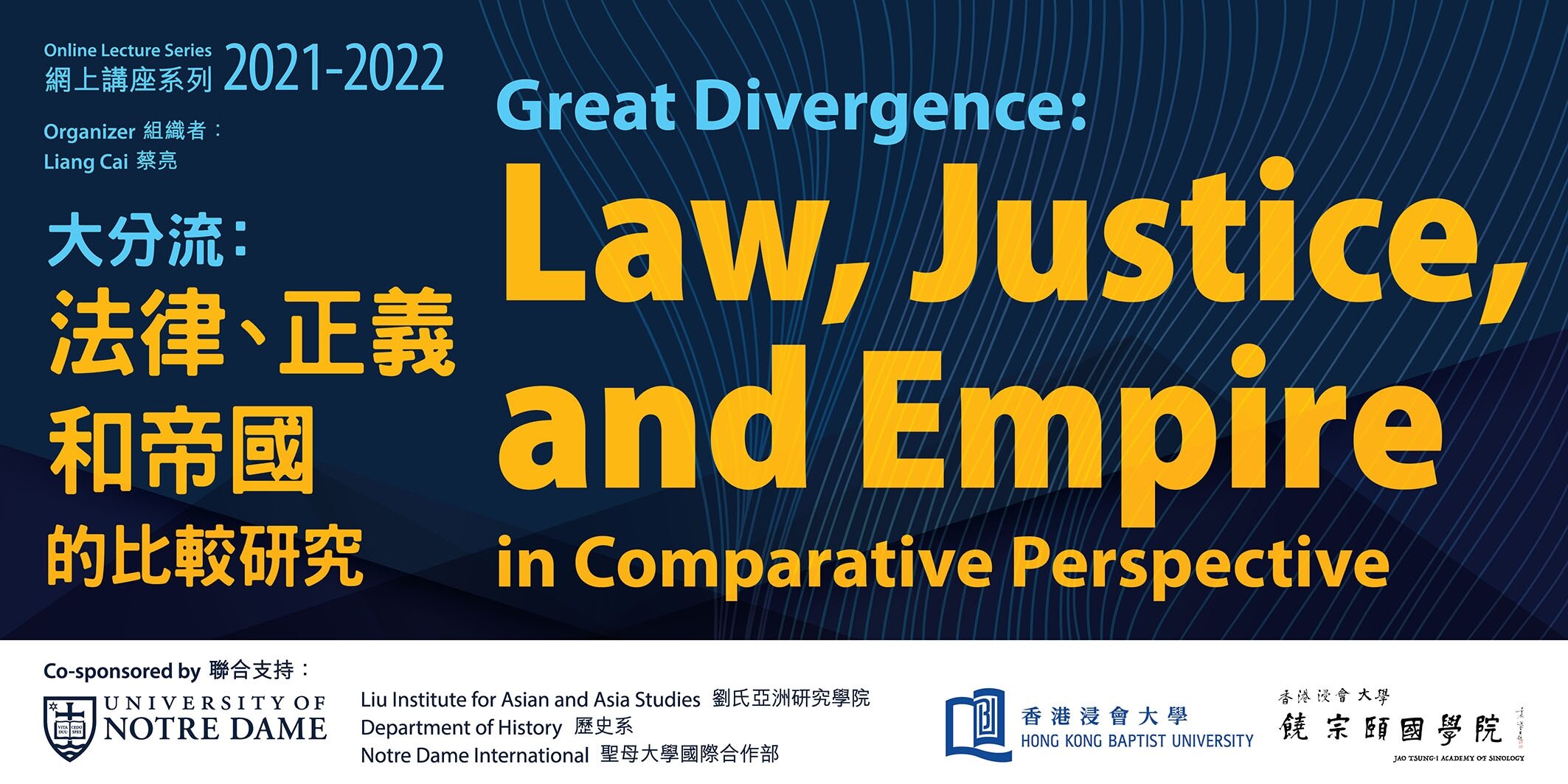 The lecture series in comparative history aims at bridging historical research with the fields of legal studies, political science, sociology, and philosophy to name a few and coalescing the expertise of the invited scholars to reach a broader understanding of early imperial China and its contemporaneous civilizations while reflecting on the theoretical frameworks deployed in comparative studies.

The third roundtable will be conducted online on September 29, 2022, with the topic “Law and Morality in Early China and the Roman Empire”. Prof. Tongdong Bai will discuss the Legalist’s critique with regard to Confucians who upheld virtue as the basis of meritocracy, while Prof. Benjamin Straumann will examine the roles of virtue and law in Roman juridical morality.

Rule of Law or Rule of Virtue? The Legalist’s Critique of Confucianism Reconstructed - Tongdong Bai

During China’s transition from “Warring States” to an empire built on centralized bureaucracy, both Confucians and Legalists proposed meritocracy as an ideal way of governance. For Confucians, meritocracy is virtue-based, while Han Feizi, a Legalist, argued that virtues cannot be the basis of meritocracy. In this presentation, Prof. Bai will reconstruct Han Feizi’s critique of the Confucian virtue-based meritocracy. In early modern Europe, there were similar debates between early Italian humanists and thinkers more in the Machiavellian and Hobbesian vein, and in today’s world, the promoters of meritocracy often appeal to the virtue-based kind. Therefore, the reconstruction of Han Feizi’s criticisms of Confucianism may have comparative relevance.

Marcus Tullius Cicero (106–43 BCE) saw the fall of the Roman Republic as the causal effect of injustice, and he put forward a very juridical theory of justice as an answer to political instability. Underlying Cicero’s conception is a kind of “juridical morality,” where the constitution is understood as a body of normative legal principles, and where political authority and obligation is derived from law, not virtue or merit.  One of the reasons constitutional legal rules are superior to virtue is epistemic—we simply have better knowledge of these rules than we do of virtue or merit.  Legal order, not virtue, guarantees on this view political stability.

Dr. Loubna El Amine, Assistant Professor of Political Science at the Northwestern University, will then delve into the subject as the discussant of the event.

All are welcome to register for the webinar via this link: https://notredame.zoom.us/meeting/register/tJwrcOCvqDgvGNFLVcCC1_5l2Yc8KSTpcUhV
After registering, you will receive a confirmation email containing information about joining the meeting.
Reading List: https://asia.nd.edu/assets/480080/suggested_readings.pdf

HKBU Distinguished Lecture: Big Health Industry: Before and Beyond Medicine