A Theory of Media Freedom

This lecture discusses whether there is, and whether there should be, a right to media freedom as distinct from freedom of expression. Whilst there is a growing consensus in democracies that media freedom is a fundamental value, there is growing disagreement about what it means, and this impedes policy development including on questions of regulation of internet intermediaries. International approaches disagree about the extent to which media have rights of autonomy from the state, or positive rights to expression and about whether internet intermediaries should benefit from media privileges and protections. This lecture looks at the history and emergence of two key theories of media freedom, focusing on the US and the UK, and argues that media freedom should indeed be a fundamental value that shapes media systems but that it needs to be fundamentally redefined.

DAMIAN TAMBINI is an academic researcher specializing in media and communications policy and law. He is currently associate professor at the London School of Economics (LSE) and also associate fellow at the Institute for Public Policy Research and the Oxford Internet Institute. He is also a fellow of the Royal Society of Arts and founder of the LSE Media Policy Project, and the Oxford Media Convention. He has acted as an adviser to the Government of the United Kingdom and to the Council of Europe and the European Commission. From 2002 to 2006, he served as head of the Programme in Comparative Media Law and Policy at Oxford University. In 2021 he published Media Freedom (Polity Press). His recent publications also include numerous articles on media freedom and regulation and the power of the tech giants. He has co-edited Digital Dominance (Oxford University Press 2018) and Regulating Big Tech (Oxford University Press 2021) with Martin Moore.

Media Freedom is available for order at Polity Press. 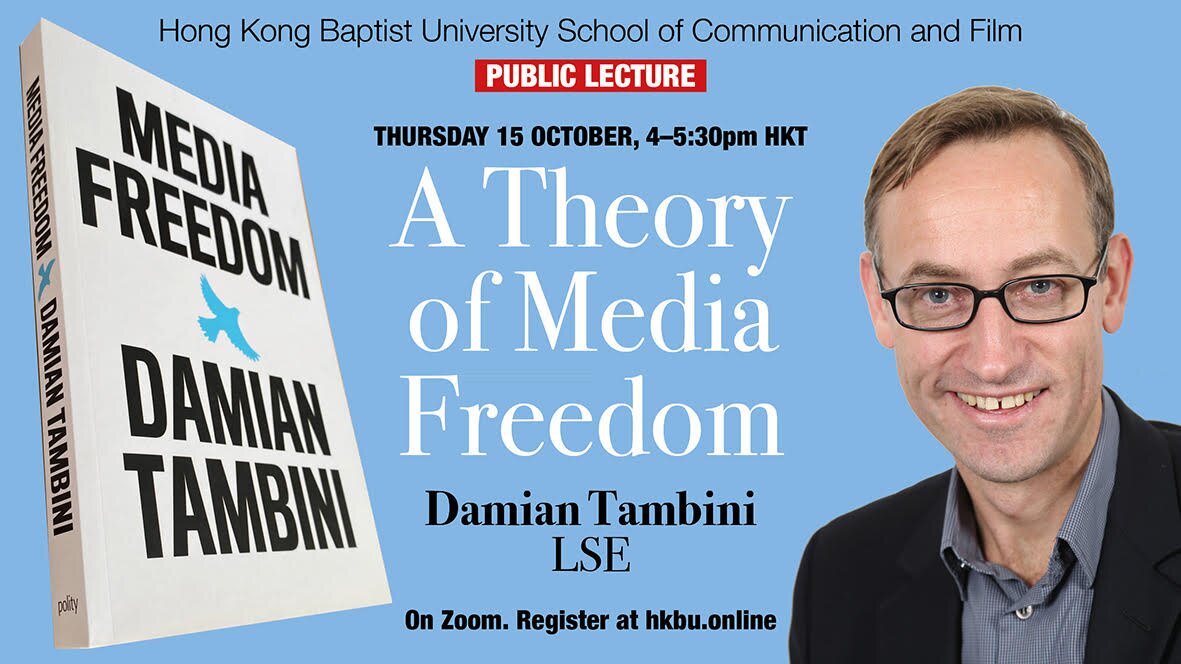