To further strengthen its collaboration with higher education institutions in the Mainland, Hong Kong Baptist University (HKBU) and 18 leading Mainland universities co-organised the “Collaborating for a Brilliant New Chapter” University Presidents Forum cum Agreements Signing Ceremony between HKBU and Mainland’s Leading Universities heldon 30 June on the eve of celebrating the 25th anniversary of Hong Kong’s reunification with the Motherland. The event reviewed the fruitful achievements of Hong Kong’s intensifying, ever-stronger partnership with Mainland universities over the past 25 years. It also examined the outlook for how HKBU can further deepen its collaboration with Mainland universities in future in areas such as teaching and learning, research, as well as academic and student exchange, with the ultimate aim of opening a new chapter for promoting novel development in education for the nation.

Professor Alexander Wai said: “Since its reunification with the Motherland, Hong Kong has endeavoured to deepen its collaboration and integration with the Mainland in the area of higher education to nurture talent, innovators and entrepreneurs of different disciplines, and to advance the frontiers of professional knowledge and cutting-edge technologies which have fuelled the nation’s remarkable socio-economic growth over the past 25 years.  I am honoured to discuss with presidents and leaders of the 18 leading universities at the Forum on the plans to foster collaboration and further integration. It is the first time that HKBU signs collaboration agreements with numerous institutions from the Mainland at the same time, and it marks a new milestone for HKBU’s collaboration with its Mainland counterparts. Education should eye the future, and HKBU sincerely hopes to join hands with Mainland universities to nurture generations of transdisciplinary, future-ready talents for the nation.”

In their speeches at the Forum, university presidents and leaders reviewed and concluded the progress of integration of higher education in the Mainland and Hong Kong over the past 25 years. They also exchanged ideas on long-term development and the direction of collaboration in future.

Dr Liu Jin, Director-General, Office of Hong Kong, Macao and Taiwan Affairs, Ministry of Education; Dr Xu Kai, Deputy Head, Department of Education and Technology, Liaison Office of the Central People’s Government in the HKSAR; and Dr Choi Yuk-lin, Under Secretary for Education of the HKSAR Government gave opening remarks at the occasion.

Professor Guo Yike, Vice-President (Research and Development) of HKBU, delivered a closing address after the Agreement Signing Ceremony. He said: “HKBU is a research-led liberal arts university committed to exploring transdisciplinary knowledge. Mainland institutions which signed collaboration agreements with HKBU at this occasion include universities covering a comprehensive range of disciplines, and those focusing on specific academic disciplines. The tightened partnership between HKBU and these leading Mainland institutions will certainly bring the close collaboration between the higher education sector in the Mainland and Hong Kong to a higher level.” 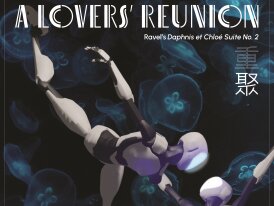 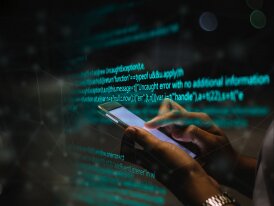