The School of Chinese Medicine (SCM) held the Eighth Honorary Professorship Seminar on 10 November, and it featured eight live-streamed lectures on topics including personalised cancer medicines, natural products in Chinese medicines, the quality control of herbal medicines, computational acupuncture, and the culture and theories of traditional Chinese medicine. Around 400 local Chinese medicine practitioners as well as teachers and students of SCM joined the Seminar.

In his address, Professor Lyu Aiping, Dean of SCM, said that the organisation of the Seminar was deferred for two years due to the pandemic. He added that he was delighted that the School was finally able to present academia and the professional sector with an eye-opening opportunity to benefit and draw inspiration from the honorary professors’ wealth of research expertise, clinical experience and medical knowledge. He said SCM will capitalise on its strong ties with the honorary professors to develop and engage in more collaborative and interdisciplinary research projects.

ful a rethoric question ran over her cheek, then 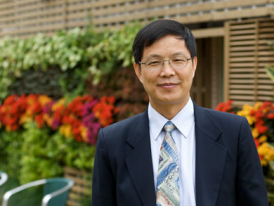 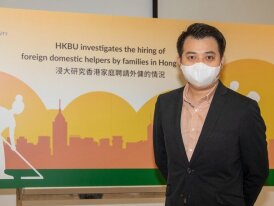