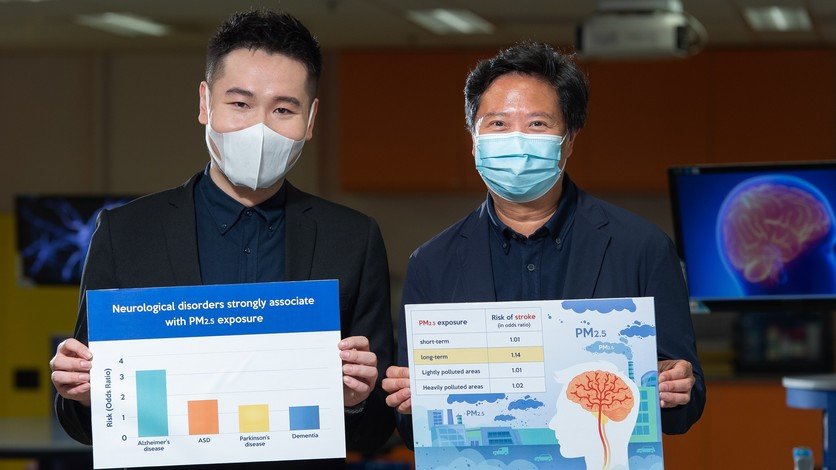 Professor Ken Yung Kin-lam (right) and Dr Fu Pengfei, Postdoctoral Research Fellow of the Department of Biology of HKBU, find a strong association between PM2.5 and a wide range of neurological disorders.

A comprehensive, systematic meta-analysis conducted by HKBU scientists found a significant association between exposure to PM2.5, i.e., fine particulates with equivalent diameters of less than 2.5 microns suspended in the air, and neurological disorders. These include stroke, dementia, Alzheimer's disease, Parkinson's disease and autism spectrum disorder (ASD). Neurological disorders are the leading cause of disability and the second leading cause of death worldwide, posing serious challenges to global health.

The paper with the study's finding was published in the academic journal Science of the Total Environment, and has become the top 1% highly-cited paper worldwide by citation in the field of Environment and Ecology, according to Essential Science Indicators (ESI).

As systematic reviews and meta-analyses on the association between PM2.5 exposure and neurological disorders have been limited so far, the HKBU research team, led by Professor Ken Yung Kin-lam, Professor of the Department of Biology of the University, analysed a total of 1,645 articles published by June 2018, and identiﬁed 80 eligible studies that covered a population of more than 6.33 million from 26 countries or regions in all continents except Antarctica.

Previous meta-analyses of a similar nature covered at most seven countries, and nearly all of them were lightly polluted. In contrast, HKBU's study covered countries and regions known to have more serious air pollution problems, such as Chile, China and India.

After a series of statistical analyses of the data published in the selected studies, the research team used odds ratio (OR) to represent the association between PM2.5 exposure and the risk of different neurological disorders. Odds ratio, commonly used in public health analysis, is a measure of association between an exposure and an outcome. An odds ratio value of 1 indicates that an exposure does not affect odds of an outcome; a value of over 1 means an exposure is associated with higher odds of an outcome.

Analysis results of the association between PM2.5 exposure and stroke risks are tabulated as below:

Analysis results of the association between PM2.5 exposure and the risks of developing other neurological disorders are presented as below:

The results revealed that PM2.5 exposure is strongly associated with increased risks of Alzheimer's disease, ASD, Parkinson's disease and dementia.

PM2.5 is typically made up of heavy metals, organic carbon and polycyclic aromatic hydrocarbons suspended in the air. According to studies, some of the tiny particles and soluble components can enter the bloodstream by many pathways, such as crossing the blood-brain barrier and gaining access to the central nervous system. These particles can induce inﬂammation, death of cells and DNA damage.

"The International Day of Clean Air for blue skies reminds us of the urgency for national governments and the international community to collaborate and take swift, effective actions to improve air quality, given its extensive health implications.

"While various hypotheses were suggested on the underlying mechanisms of how PM2.5 causes different types of neurological disorders, it remains an area with many unknowns for biomedical scientists to explore. More vigorous research endeavours are required before we can fully understand the mechanisms, based on which we can formulate effective environmental and public health strategies in response," said Professor Yung.

Tomorrow (7 September) will be the 2nd International Day of Clean Air for blue skies designated by the United Nations General Assembly, with the theme "Healthy Air, Healthy Planet", which emphasises the health effects of air pollution.

"The International Day of Clean Air for blue skies reminds us of the urgency for national governments and the international community to collaborate and take swift, effective actions to improve air quality, given its extensive health implications. Our study made it clear that PM2.5 exposure, a typical indicator of air pollution, is closely associated with many neurological disorders, and thus improving air quality will be a direct response to this public health challenge," said Professor Yung. 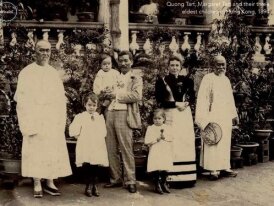 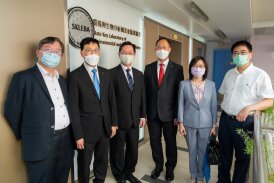